Fourthcore Team Deathmatch Playtest: How I Killed 40+ PCs in a Single Night

EDIT: If you are anywhere nearby whatsoever, be sure to sign up for the Baltimore Fourthcore Team Deathmatch, held on Saturday October 15th 2011!


Brutality
This is the one word I can use to describe the experience. I will now relate to you the harrowing, awesome events of last night’s playtest of my latest project, the Fourthcore Team Deathmatch.


It was an unseasonably warm night, the air hot with bloodlust. I had prepared a custom playlist for the night’s game, a menagerie of fast-paced, hard-hitting tracks. A lot of industrial, heavy metal, and MIDI tracks from DooM. We were crammed together in a room and on a table just a bit too small, elbows touching and sweat beading down our faces. We constantly struggled just to get some space on the table for character sheets amidst all the carnage. The players all brought out their creations; two teams composed entirely of Strikers each, and eyed each other across the table. We would be keeping track of “frags” by dropping Easter jelly beans into colored cups. On one side of the table, Team Blue; on the other, Team Pink. The faint sound of the jelly beans rattling in the plastic cup would be amplified a hundredfold that night, as if we had been dropping bowling balls through windshields, as the focus and attention of everyone in that room hinged on each and every one of them. The matches were set up a little fast, 15 minutes shorter than what will be done at GenCon. Even still, the body count for the entire affair was ridiculously high. By my quick calculations, we were clocking in at around 3 minutes per kill. We were truly knee deep in the dead.
Somewhere after 40 player character deaths, I lost count.
I’m going to be going over what happened, what worked and what didn’t work, and how I am going to go about improving things for the next iteration. Obviously, I can’t go into or can remember every second-by-second detail, so if there is a specific question, please feel free to ask it in the comments and I will do my best to answer.

Secret Map
We started with the Secret Map, so this might be a little brief as I omit any spoiler details. Dungeoneers began spawning in at the start of the round. The first dungeoneer, not having anyone to attack or any ability to delay and afraid of the branch hallways, moved away from the respawn point used Total Defense. Never in my life have I seen such massive use of Total Defense. A little used niche of the game rules, this action became a staple in everyone’s tactics. This also, however, pointed out to me that I would like to have an actual benefit to rolling high on initiative. As is, it’s a detriment and a curse, as it really just puts the dungeoneer in a position to be attacked by the incoming enemy dungeoneers.
The fight focused entirely in a single room, with enough space and obstacles to keep everyone moving at a very brisk pace. For me, this map was the biggest “failure” in that so many of the elements I had designed for it simply never came into play. However, the players loved it. With that in mind, I will be revising the map to induce more exploration. I wish I could say more, but I want to keep some surprises for the Finalist teams! Perhaps it was the all-Striker makeup of the parties, but this first match perfectly captured the breakneck, frantic feel of Deathmatch and Speed Runs that I was trying to capture. Players were constantly exhorting their comrades to move faster, roll quickly, and deal with multiple threats/goals. Multitasking and organized, communicative teamwork was the key to victory in this match. Many of the killer effects simply could not be accomplished by a lone character, but when they worked together, two dungeoneers in tandem would wreck a lone wolf dungeoneer. 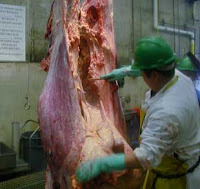 Slaughterhouse
After the first timer went off, a collective wave of relief washed over everyone. After the first match, we were already getting exhausted from how much high energy gaming we were doing. We were turning into 11-year-olds on Halo, cursing and screaming awful, awful obscenities at each other. I introduced the next map, went over the terrain powers and features, and allowed a few minutes for each team to converse and strategize. People were taking strategic food and bathroom breaks now so they didn’t miss a second of the madness. It’s been said that one of the good things about 4E design is the ability of immediate actions to keep players focused on the game outside their turn. With our group, everyone’s gaze was sternly fixated on the action, their hands trembling, as they made quick, furtive glances to their character sheet and tried to mentally figure out their plan of attack. They were constantly figuring out their entire turn order, any synergies or tactics with their teammates, and focused on the ever-changing tactical environment so that when their turn was up they could belt out their actions and get the 3 minutes / kill that they did. I considered this my most successful map, because every element I designed for it was used. With that in mind, here are some of our observations and changes made through the playtest process:
+  Needs clearer ways of teleporting and more chances to telefrag. Telefragging happened several times during this match, and never in any of the other matches. Each time there was a telefrag, it was amazing and exciting fun.
+  Drop skill checks. Just in general, the skill checks to manipulate the various terrain powers (such as the nailgun) were merely an added die roll and ate up time that could be better spent killing your fellow man.
+  Nailgun needs more oomph to offset danger of being above the Meat Grinder. It needs to be easier to use and easier to use against the dungeoneers on the lower level. This folds into the other idea that the lower level needs to be more dangerous, making a king-of-the-hill type scenario with dungeoneers continually finding ways of throwing their enemies downstairs. 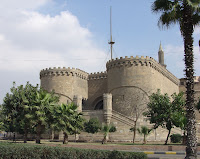 The last match of the night started intense as both teams now had a victory under their belts, and this would be the tie breaker. The teams now functioned like well-oiled machines, and this would be a true test of their strategy, their tactics, and their luck.
+  Way too big. We could easily have had a map half the size and it wouldn’t have been a problem. And if that’s the case, why bother printing out all that mess?
+  Needs more incentive for the Libram of Last Resort. As is, the Libram is too far away from the action to be worthwhile.
+  When the boiling blood lake is raised, we need more safe locations and/or alternate ways of getting to safe locations. As is, the blood lake was almost always up, and the match devolved into a push to get into the castle before the lake ate the dungeoneer alive. There was less and less available strategy available once the players understood how devastating the lake was, and everyone focused entirely on a contest of getting into the safe spots, namely the tower.
+  Drop skill checks entirely. Getting to the Libram is enough of a hassle and resource drain on its own, there is absolutely no need to throw in a die roll on top of that.
+  Terrain powers need to be more accurate. Going by standard Level 1 Encounter Terrain Power guidelines, there’s just not enough raw power behind the siege weaponry. I’m planning on bumping up the level of the Encounter, so to speak, so as to use Level 3 Encounter math.

Analysis
Before the game, there were a number of concerns on my mind that I was trying to keep a close eye on.
+  The first of these was map size. I (as well as others) was worried that the maps weren’t big enough, that they would bog down into older edition style melee fights that are very static in terms of mini movement, and just a stand-up slogging match. Nothing could be farther from the truth! Slaughterhouse, the smallest of the maps, turned out to be almost perfect in size. The Citadel could have easily been cut in half with little actual effect, and The Secret Map even more so. With that in mind, I will be adjusting my maps significantly, although in the opposite direction than I had anticipated. The benefits of playtesting at their finest!

+  The second concern was diversity in attacks; i.e. let’s not make this an hour of spamming the same At-Will Attack. Thankfully, this was very far from the truth as well. With Encounter Attacks recharging on death, very diverse environments, terrain powers, and magic items, and a constantly changing roster of which enemy was optimal to attack; the dungeoneers continually had a good choice of options. For example: Do I forced movement or do more damage? Do I push or pull? Do I curse or pick up a magic item? I’m not sure what my enemy’s defenses are, do I attack Will or Fort? Do I attack or double move to get in the very advantageous location? And these decisions were constantly being made, round by round, with different answers every time, and the pressure of threatened DM-gibbing due to slowing the game down.

+  Lastly, I had a concern that dungeoneers’ defenses were going to be too high to hit. In general, 1st-Level monsters tend to have defenses of AC 15; other 13. AC 15 is pretty low for a 1st –Level dungeoneer, though. Thankfully, this was also not a problem. I’m not entirely sure as to why this worked out so well, but there was definitely not an accuracy problem. Part of it, at least, was that all the dungeoneers at the game, and I suspect most dungeoneers in general, have one or two really terrible non-AC defenses that are easy to hit if you know what they are. Additionally, there were a number of effects being tossed around left and right that was granting combat advantage, further helping everyone’s accuracy.

Status
Right now, I will be heading back to my PyMapper drawing board and tweaking the maps for optimal gibbing. Things are pulling together well, though. GenCon has officially accepted the event (huzzah!) and everyone can sign up when the full events list becomes available. I will provide additional details if on this website if any information becomes available.
When you do register, please also send me an email so I can organize you and your team on the ladder.
Posted by Ross at 10:08 AM