One of the ideals of Fourthcore is to provide dangerous, exciting, and rewarding adventures. Challenges are designed to benefit those whom are creative and quick-witted, and to punish those who are lazy and disinterested. You can't sit at the table on coast by on auto-pilot while playing a Fourthcore adventure. One tool with which we can use to help create this scenario is Weaknesses.

Weaknesses are a purely detrimental Trait applied to a villain, usually a high-level and/or Solo creature. Weaknesses represent the frailties, flaws, and cracks of humanity that break through a villain's hard exterior. Creatures may only have one Focus per type of Weakness (see below), and a Dungeon Master must foster a means for the dungeoneers to be able to research and discover these Weaknesses.

The mechanics presented here are written specifically for Dungeons & Dragons 4th Edition, however the basic framework can be easily applied to any roleplaying game with a high degree of combat.

When these level adjustments are applied to the experience point budget of high level (N+3) encounters, the results can appear unbalanced or unfair to the casual observer. However, this system provides a solid mechanical means of introducing a narrative of the dungeoneers' initial defeat or frustration with a villain, subsequent research into the villain's weaknesses, and then a triumphant return wherein they achieve total victory with the creative use of their newfound knowledge.

A Weakness can take the form of one of four different types: Vulnerability, Phobia, Allergy, or Addiction. Although some of these terms have real-world, clinical definitions which differ from the descriptions here, we will use these guidelines for our purposes.

All Weaknesses have an associated Focus which triggers their activation. The Focus can be a physical substance, a sound, a sight, or even a particular color. The exact details of the Focus are designed by the Dungeon Master and should relate to the implied story behind the villain. For some mild Weaknesses, the afflicted creature must be in direct contact with their Focus to have any negative effect. In this regard, direct contact implies some form of ingestion or contact with the skin, such as through an attack.

A Dungeon Master wants to represent the myriad of vampire Weaknesses as expressed through literature and Hollywood to a major villain in her campaign. This can be done simply applying a variety of Weakness types that seem most appropriate. The Dungeon Master decides that her vampire villain should be Vulnerable (moderate) to radiant damage, Allergic (severe) to direct sunlight, have a Phobia (moderate) to crucifixes (or holy symbol as appropriate to the campaign), and has an Addiction (mild) to bloodied humanoids.

The villain is being designed as a Solo creature for an end encounter (N+3) against 10th Level dungoneers and with a handful of Minions to support the villain. Normally, this might lead to the vampire villain being 12th Level with 500 XP worth of Minions. However, with all of the applied Weaknesses, this deadly villain can be enhanced 4 and one-half level. The vampire is advanced to a brutal 16th Level, and the remaining one-half level is used to create an additional 250 XP worth of Minions (one half the XP value of progressing from 12th level to 13th level Solo).

Looking back, the Dungeon Master gasps at the disparity and brutality in a group of 10th level dungeoneers confronting a 16th level Solo creature. No matter how the dice fall, the dungeoneers seem doomed. However, if the players of the dungeoneers are smart and do the leg work in researching their enemy's Weaknesses and manipulate the conditions of their confrontation to their favor (giving out crucifixes, acquiring magic weapons with radiant damage, fighting at daybreak, etc.), the dungoneers will have the advantage and proceed to hard-fought and well-earned victory.

Stay tuned for later in the week when I follow up with an optional element to Weaknesses that represent the dangers of delving into the dark and seedy world of madness and addiction: Curses.

Vulnerabilities
A Vulnerability is a generalized pain or defenselessness against a particular Focus, usually supernatural in origin.

Vulnerability (mild)                        Weakness
The afflicted creature takes an additional 5 damage per Tier whenever it is hit by an attack while in direct contact with the Focus.

Vulnerability (moderate)            Weakness
The afflicted creature takes an additional 10 damage per Tier whenever it is hit by an attack while adjacent to the Focus.

Vulnerability (severe)                   Weakness
The afflicted creature takes an additional 15 damage per Tier whenever it is hit by an attack while it has line of sight to the Focus.

Phobias
A phobia is an irrational, uncontrollable fear of a certain Focus that would not normally be frightening. 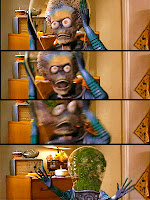 Allergies
An allergy is an extreme, hypersensitive reaction to a Focus that is not normally harmful.

Allergy (moderate)                         Weakness
If the afflicted creature starts its turn adjacent to the Focus, it is slowed and grants combat advantage to all attackers (save ends both).

Addictions
An addiction is an uncontrollable and overwhelming urge to possess a particular Focus that does not normally warrant such a desire.

Addiction (moderate)                   Weakness
As addiction (mild) and while the afflicted creature has line of sight to the Focus but does not possess it, the creature cannot willingly end its movement further away from the Focus.

Addiction (severe)                          Weakness
As addiction (moderate) and while the afflicted creature has line of sight to the Focus, the creature takes 5 psychic damage per Tier if it ends its turn and does not have the Focus in its possession.