Opening the hatch reveals a tubular chasm yawning before you with brick-clad walls. The sounds of splashing water echo up from the depths. A mildew-laden stench wafts up from the fetid dungeon below. A series of rusty iron loops are embedded in the walls of the tunnel.


Bathed in the light of the burning torch, you see a brick-walled chamber with a vaulted ceiling. Water spills in from cracks in the walls and ceiling, forming a murky pool that can been seen to get progressively deeper as it gets further away from the rusty iron ladder. 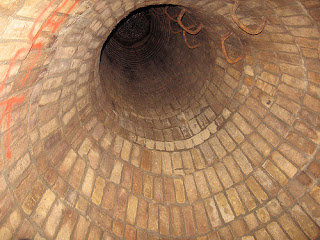 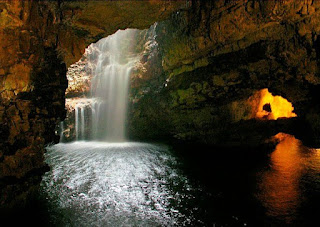 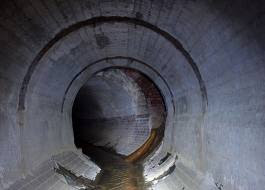 Hidden beneath the murky water is an otyugh; feeding off of the filth of a 1,000-year-old Dwarven sewer, carrying flesh eating bacteria on its toothed tentacles, and harboring a nest of plague rats in its mouth! 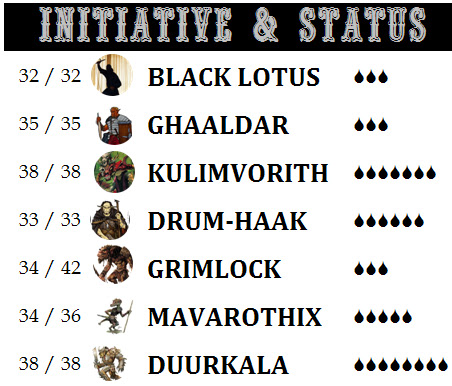 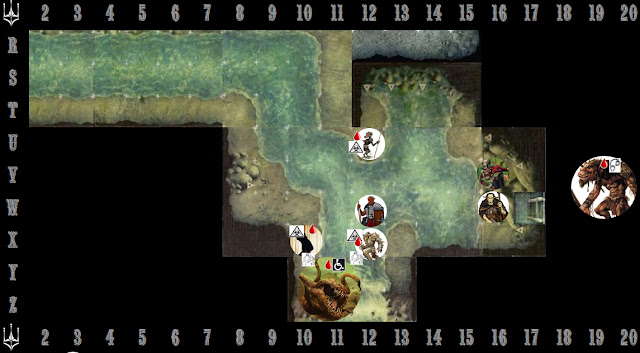 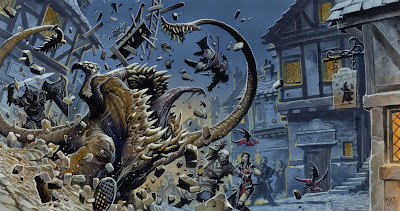 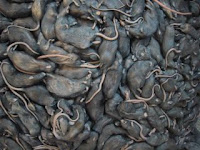