Gamma World: What We Know 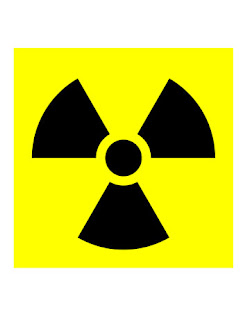 I'm really excited about the upcoming Gamma World D&D product coming out. Already from the previews, I can read between the lines and see a lot of cool, innovative designs going on behind the screen. This reminds me a lot of when WotC was developing and came out with the Star Wars Sage Edition. Then as is now, there was a development of a scifi themed RPG in tandem with WotC's flagship, Dungeons & Dragons. Then, as is now, we saw a lot of crazy new ideas thrown in there, and I suspect we will see the same kind of excellent design come out of it. Some quick thoughts about what I like so far:

Skill List - Gamma World has an alternate skill list. I'm not sure how much it deviates from 4E, it may be almost identical besides some name changes (ie. arcana --> science), but let's just think about this one for a second. First, everytime a character tries to learn information about robots, he can shout out "SCIENCE!" and it's totally cool and in-character. Next, it highlight the versatility and flexibility of the 4E skill system that I've been using in my scifi themed projects at home (StarCraft and Half-Life).

Action Points - monsters don't get them! In a way. I actually think they've been done away with altogether. From the monster previews, we saw that a Solo monster gets an encounter ability (free action) to take a Standard Action, and it recharges when bloodied. Hence, 2 extra Standard Actions, just like they would get if they had 2 Action Points. Putting the Action Point mechanical into a seperate power entry makes me think it's just not in the game.

Terrestrial, Laser - This is kind of minute here, but I like the simple change in tone and theme to the game by chaging keywords and monster origins (natural becomes terrestrial, laser and radiation damage types, + becomes "radiation symbol").

Inherent Bonuses - +1/2 Level is out. The mechanics for PCs' powers have been streamlined again, throwing out the plethora of miscellaneous bonuses that characters got through levelling, magic items, and feast to keep up with the +1 to attacks and defenses that monsters received. I love it, and I expect to see that kind of thinking become more prominent in WotC's products in the future.

Email ThisBlogThis!Share to TwitterShare to FacebookShare to Pinterest
Labels: scifi