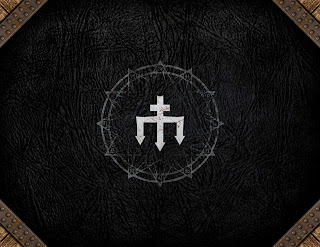 Starting Monday August 20th, DMG 42 will be hosting a play-by-post delve of SND-02: Fane of the Heresiarch.This post will be used, starting now, for Out Of Character discussions by the players. It is done here in public, as opposed to private emails; for the amusement of the adventure's author, the Dungeon Master, and those Fourthcore Fanatic whom are lurking among the shadows. I will be periodically shifting the post date to stay one step behind the most current PbP room.

UPDATE: The Comment limit has been quickly reached! In lieu of creating many many OOC posts for the remainder of the adventure, the dungeoneers are now simply emailing each other for coordination. Sorry, lurkers! It's just too much hassle.

Every game has an Out-of-Character (OOC) thread so you can strategize and plan, as well as for me to give out out-of-character news. Talk and discuss, tell us about non-game stuff, etc.

Nothing here is ever considered to be "in character" (IC).

Also, as fair arbiter of the game, I will not unfairly use revealed player strategy against you.
Posted by Ross at 9:56 AM

Email ThisBlogThis!Share to TwitterShare to FacebookShare to Pinterest
Labels: adventure, Fane of the Heresiarch, fourthcore, pbp