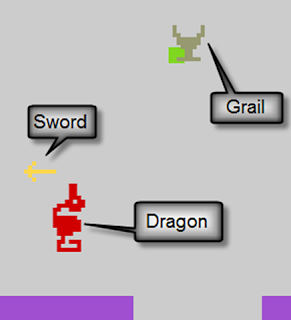 Quest XP is a great idea. Now, it's time to take it further. I know everyone is scared of change, just look at all the grognards out there, so we'll take this nice and slow. Baby steps.

The experience point is the lab rat food pellet of the D&D world. It's not so much a special treat, that's more in the realm that magic items have occupied (or should occupy), but it does reinforce player behavior. Very strongly.

What I've seen often in newly formed groups, especially those with many players not familiar with the milieu of D&D, will be a point very early on in the campaign, almost always in the first adventure, where they collectively decide on how the adventuring group is going to behave. There is a pull towards hack'n'slash, kill'em all combat. There is a pull towards using creative skills to accomplish goals, with force being used as a method of last resort. There are other decisions being made here, for example what kind of morality the group will have, but that's beyond this particular lecture. These decisions will very rarely be spoken upon. Often, the players are only dimly aware of what they're doing, how they're setting up the path for the rest of the campaign. Or, sometimes they will know very well what they're doing, but have trouble expressing it to the other players at the table, or worry that talking about it in the open would be some sort of faux pas.

So anyway, new groups go on their first adventure together, and they try out different things in the game and see how things work. It's not unlike the process an infant goes through with just about everything, espacially on a social level. They experiment, see the results, see how others react to what they do or say. New players to RPGs will often not really know what they are supposed to do. No one teaches this crap in school. So they look around for clues and social signals from others. They look for positive feedback on what they are having their character do.

Let's just say that on the first chance they get, a new adventuring group tries a creative, thoughtful way to solve the plot of an adventure; for example, they talk their way past guards, or they come up with a solution to the plot that hadn't been accounted for. Rules-As-Written, they are looking at getting 1.2 Encounters worth of XP: a Major and a Minor Quest reward. Do the math, you'll see that I'm right. But everyone feels ok that they solved the plot, and saw a small reward. I think it's really cool to see creative ways to solve the plot. I, as well as many others, are always looking for something to surpirse us in this game. We're a bit jaded.

The next go-around, the group is a little antsy and just decides to have their characters kick in the door and chop orcs heads. There's nothing wrong with this, of course. I love this style, it's very visceral, and it's a necessary part of the whole RPG experience. The group quickly finds that slaying a few meaningless Goblins in a dirty hole in the hillside grants them WAY more XP than the entire plot. Two full combat encounters, that's all you need to trump what is really the entire reason the PCs are adventuring in the first place. They group gets a gush of experience, and instantly it dawns on them that the way to pimp out your chracter, leveling up, finding treasure, getting that reward of XP, that fix of praise from the DM and the game system.

Kill monsters, take their stuff.
It's a numbers game, and the numbers add up very stongly in the favor of murder. If you want more creativity, roleplaying, bribing guards, scaling castle walls, and in general less combat, the solution becomes simple. Increase all Quest XP, major and minor. Make combat merely a means to an end. The real goalis to solve the adventure. That's where the reward is. Combats are dangerous, or tedious, or whatever you make them; but, they do not get the player what she wants. My suggestion would be to quadruple the XP for Quest rewards and half the rewards for combat. I think you'll find that your players, whether they are consciously thinking about it or not, will start seeing the adventure in more interesting terms. They will come to the realization that combat has a high real time to XP reward factor, and solving plots can get you levelled up for less risk and less time at the table.
Posted by Ross at 1:54 AM

Email ThisBlogThis!Share to TwitterShare to FacebookShare to Pinterest
Labels: proudnail