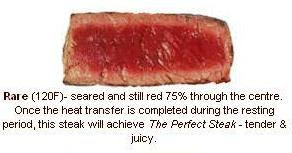 With the new Essentials line of D&D products, WotC introduced a new rarity scheme to magic items. Similar to cards from Magic the Gathering, magic items in D&D now come in common, uncommon, and rare. The initial descriptions and narrative suggests that common items would be preforming the basic math arms race (which can be done away with via inherent enhancement bonuses), and rare items present weirder, wackier, more power items that an adventurer would only have one or two of. Sounds exciting, right? Putting the magic back into magic item, right? So far, there have been two rare magic items released through DDi. Here's a quick run down on the cool, new parts of them. These items have other powers and properties, but those are in-line with what we've seen before in the game.

from The Dungeon of the Ghost Tower (Dungeon 182), a magic tome that has the following:

Property: When you use this tome as an implement, you treat all allies as enemies until the end of your next turn.
from The Circle of Fangs Revisited (Dungeon 183), a magic ring that has the following:

Power (At-Will + Polymorph): Standard Action.
Effect: Your head assumes the form of a darkmantle’s head, though smaller. You also gain a hissing, high-pitched voice. This effect lasts until you dismiss it (which takes 3 minutes). If you
aren’t wearing the ring when you wish to dismiss the effect, you must use the Remove Affliction ritual to end the effect.


I like both of these items, although I especially like the tome's property. Both put in some elements into the game that we haven't seen too much in this edition. The ring's power is very situational, though, and really only comes up as worthwhile within the context of the article. As a standard action, it's also a very harsh (in terms of economy of actions) and taxing power. This really should have been a minor action. Also, the 3 minute dismissal time seems completely arbitrary. That tome's power, however, is a nice piece of design work. As a property, you're forcing the player to deal with the tome's effects all the time. The ring's weird ability can be completely ignored with almost no detriment to the PC. Lastly, while it is a step in the right direction, and by that I mean the direction that I want things to go, the tome could use some sharpening of its teeth. Tomes are available primarily to wizards and psions. Most wizard spells don't distinguish between ally and enemy as is, and most psion disciplines are single target. Or at least there are enough spells and disciplines available to a crafty player to make the tome's penalty a moot point.