Rewriting Gamma World Origins was conceptually the easiest part of this project for me, the generic class system of d20 Modern meshes pretty well with the Gamma World framework, however it required quite a bit of effort just due to sheer volume. Doing the final layout with the original artwork was pretty rewarding for me, as seeing all those old images brought back some nostalgia for me from the last decade.
For those of you not in the know, Origins represent your core background, training, and party role and fill in the same function as classes do in 4th Edition D&D. 4E Modern Origins function identically to Gamma World Origins, except that all Origins are chosen by the player. Each player chooses two different Origins for their character, gaining the benefits of both. Some Origins, such as "Gunslinger", imply a specific skill-set whereas other Origins, such as "Fast", imply only a generic descriptor and leave all the details up to you.
4E Modern Origins do not provide a bonus to any skills or overcharge. Skills in 4E Modern are identical to those in Gamma World, however, each character simply chooses any three skills to receive a +4 bonus in. Overcharge has been removed from 4E Modern Omega Tech.
Here’s everything in one convenient PDF!
If you’re just browsing this post and don’t feel like going to the PDF, here’s an example 4E Modern Origin: 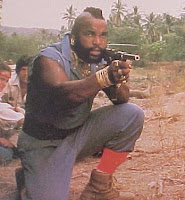 * Keep the original Modern style. I really liked the style and “flavor” of d20 Modern, and so I wanted to preserve that when creating these Origins. As the core part of a character sheet, it was very important to me that the Origins retained the essence and nostalgia of d20 Modern. Also, I took a close look at how the class was intended to function in a party and tried to keep true to that style. For example, it’s obvious the Bodyguard Hero was designed as a sort of proto-Defender, and so I’ve given that Origin many Defender-like abilities.
* Make every class count. One of the weaknesses of the original d20 Modern were the physical Heroes (Strong, Tough, Fast) being far superior in combat than the mental classes (Smart, Dedicated, Charismatic). Just like how 4th Edition D&D sought to level the playing field in this regard, so too does 4E Modern.
* Renamed Charismatic Hero to Suave Hero and Personality Hero to Celebrity Hero.
* Cut down on the talents. In d20 Modern, each class had access to a suite of talents, a kind of cross between superfeats and class powers, to choose from. Many of these were worthless or redundant, and so I’ve left them on the cutting room floor. The ones that remained go split amongst the Origin traits and powers.
* Magic and psionics for all. There was this idea, this theme, in d20 Modern that you could mix and match magic and/or psionics with your non-supernatural game parts and it would work out really well. Spells in one hand, guns in the other, that sort of thing.  In practice, my groups found that not to work out so well, with players mostly staying away from FX, and possible one player going all-out on the FX. My work around for this was to eliminate d20 Modern’s campaign-specific classes, which had the magic and psionics, and port that element over to Gamma World’s alpha mutations, renaming them to “Talents” and removing the random elements.
Posted by Ross at 7:07 AM