By the time this post goes live, I’ll be at GenCon in Indianapolis preparing to get ready for the showdown of champions known as the Fourthcore Team Deathmatch. It’s a little humbling to think of how long this has all been developing and brewing. The Secret Map, especially, as it was the first map I drafted and had the fewest changes from inception to implementation. Also, it’s the one I’m most proud of, the one I expect to wow the crowds the most. I’m really looking forward to springing this out and seeing the astonished faces of all the Fourthcore Fanatics. 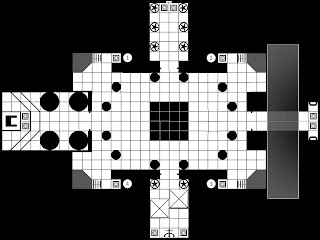